A total of 120 longtime CUB supporters along with folks new to CUB came together Sunday to support consumer advocacy at Lakefront Brewery in Milwaukee, a CUB small business member.

The event featured Milwaukee Mayor Tom Barrett, who issued a proclamation declaring April 7, 2019 “Citizens Utility Board of Wisconsin Day” in Milwaukee, and former Wisconsin Assembly Speaker Jim Wahner, who led the passage of the bill that created CUB in the 1970s. Wahner talked of how Wisconsin became the first state in the country to implement the idea and vision of consumer crusader Ralph Nader to level the playing field between powerful utilities and large businesses and the average homeowner or renter. 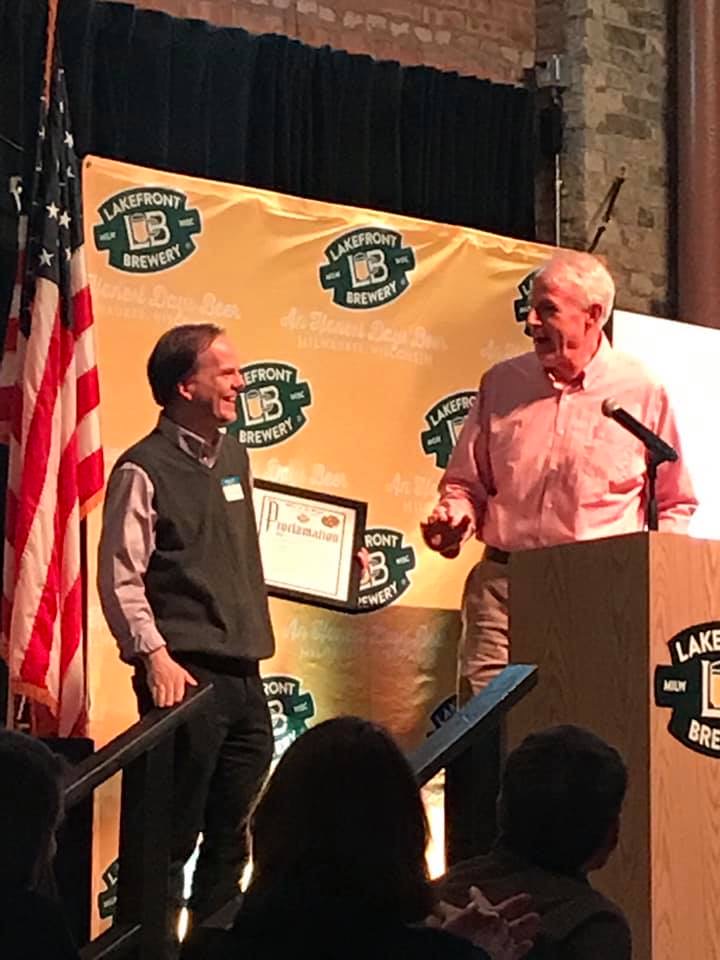 A nonpartisan nonprofit consumer advocacy organization, CUB advocates for fair treatment of small customers of Wisconsin electric, natural gas and water utilities as well as safe, reliable and affordable service for all customers.

Since 1979 CUB has worked for residential, farm and small business utility customers and gives them a seat at the table when critical decisions are being made about their utility service and prices.

CUB is launching a drive for 50 new members by June 30. An anonymous donor has pledged to match the first $2,000 donated in support of the drive. Residential memberships start at $40 a year. Not a CUB member yet? Double your donation by signing up now at www.cubwi.org/donate-today/.

CUB has saved customers nearly $3.4 billion since 2006 and $84 million last year alone. But the organization remains an underdog in proceedings at the Public Service Commission. On average, utilities outspend CUB in their PSC advocacy by a ratio of 5 to 1.

At Sunday’s celebration, Mayor Barrett talked about the role CUB continues to play for customers, and read the following proclamation: 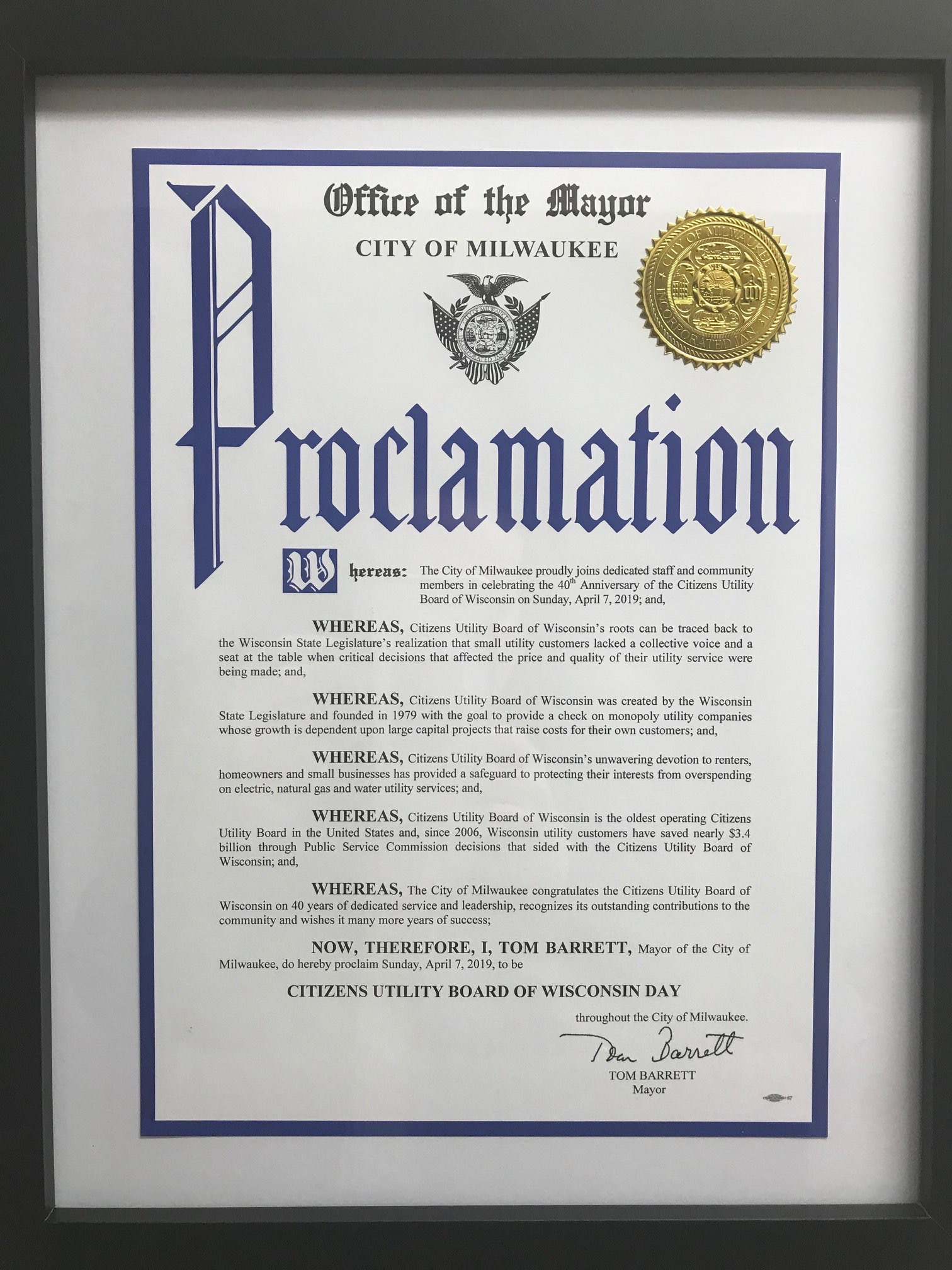 The City of Milwaukee proudly joins dedicated staff and community members in celebrating the 40thAnniversary of the Citizens Utility Board of Wisconsin on Sunday, April 7, 2019; and,

WHEREAS, Citizens Utility Boardof Wisconsin’s roots can be traced back to the Wisconsin State Legislature’s realization that small utility customers lacked a collective voice and a seat at the table when critical decisions that affected the price and quality of their utility service were being made; and,

WHEREAS, Citizens Utility Boardof Wisconsin was created by the Wisconsin State Legislature and founded in 1979 with the goal to provide a check on monopoly utility companies whose growth is dependent upon large capital projects that raise costs for their own customers; and,

WHEREAS, Citizens Utility Board of Wisconsin’sunwavering devotion to renters, homeowners and small businesses has provided a safeguard to protecting their interests from overspending on electric, natural gas and water utility services; and,

WHEREAS, The City of Milwaukee congratulates the Citizens Utility Board of Wisconsin on 40 years of dedicated service and leadership, recognizes its outstanding contributions to the community and wishes it many more years of success;

NOW, THEREFORE, I, TOM BARRETT, Mayor of the City of Milwaukee, do hereby proclaim Sunday, April 7, 2019, to be

CITIZENS UTILITY BOARD OF WISCONSIN DAY

throughout the City of Milwaukee.